Formally they are tourists, officially in Lebanon there are no refugees. "Europe? Our place is in Syria" [REPORTAGE]

REKLAMA
In Lebanon there are no Syrian refugees - at least officially. Unofficially they constitute 20 per cent of the population of the country. In accordance with the law they are there temporarily or illegally. Victims of the war which has been lasting in Syria for 5 years already, they live in garages and tents. They live daily with hope that one day they will come back to their country.

Bire, northern Lebanon, few kilometres away from the Syrian border. Go to the roof of any building and you see Syria.

Life goes slowly, shops and a restaurant are working. In this almost ten-thousand town at least just as many refugees live there. Syrians. Very often whole families vegetate in raw damp concrete garages. One by one. Curtains hanging on heavy metal garage doors provide some intimacy and the appearance of a homely atmosphere. They are usually open to let some light in.

A rent for a garage? 150 dollars monthly. Those who cannot afford it (or who do not get help from humanitarian organisations) pitch a tent for which they pay to the owner of the ground - approximately 50 dollars.

In Lebanon there are no large organised refugee camps. - Lebanese will never allow it - Wojciech Wilk said, the president of the Polish Center for International Aid (PCPM). - In this country there are already eight camps for refugees from Palestine who came here in 1948 and since then they have been refugees. For Lebanese it is a permanent element of the landscape, they will never make it happen again - he added.

Lebanon did not signed the 1951 UN Convention relating to the Status of Refugees, thus Syrians are formally tourists here. This means that they have to revalidate a residence permit regularly.  Cost - 200 dollars. If they do not do so, they may be at any moment arrested or expelled for Syria, they also do not have a right to humanitarian aid, work or health care which is paid in Lebanon.

- My family stayed in Homs under siege. We call each other as often as we can: once-twice a week - said  fifty-five-year-old Sahar. - I’m worried about them. I know that sometimes they have nothing to eat.

Electricity is turned on every couple of days. Sahar was a dressmaker in Syria. A sniper shot her in her arm. She had to run away with a sick mother. - I’m old, I am 80, I can hardly stand. What’s left for me here? Just to die - said Fatima. – We were there together, with the whole family. I miss them - she added.

The oldest son of Zaynab, Anwar, is 15 years old. He works in a quarry, from 6 a.m. till 8 p.m. He earns 10 dollars a day. He supports the whole family. - He is so thin that he looks as if he was ten. I know that he has already lost his future, but what can I do? We can’t make a living. Sometimes we eat only bean - she looked down.

We enter into Zaynab’s “house”. Few concrete steps and we are inside. The interior looks as any other here. Under cold concrete scraped walls there are mattresses, a carpet, some textbooks. Some toys and clothes rolled in the corner. She is one of the very few people smiling.

A smiling and well-built woman is welcoming us. A light silver sheening headscarf covers her hair tightly. She is 35 but looks older. She came to Bire from Syrian Hama. - We escaped just after air strike begun: me, my husband and four children.  But my husband was arrested at the border, by mistake. The same name and surname was on the army’s black list -  Zaynab said.  - I have no contact with him. I don’t know what’s going on with him. It’s been 2 years - her eyes got clouded with tears.

-  Everything recalls her Syrian house. She dreams about it every day. But the house in Hama does not exist anymore, it was burnt down during the air ride. I ask if she would like to go somewhere further, for example to Europe. - Europe? No, it’s impossible, our place is in Syria - Zaynab paused.

Besides, departure would be impossible. A passport costs 1000 dollars.

-  They threatened us that if we left, there would be slaughter. They threatened to kill us. They said that they could do anything with us - rape, kill, everything ... - Rita’s hands were shaking, she could not stop tears.

It is estimated that 10 per cent of Syrians are Christians. It is also the minority which following the outbreak of the revolution suffered from persecution.

-  We were sitting at home when suddenly the gunfire started - Georginia gesticulated. - Then, when the shots calmed down, I went to a pharmacy to buy medicines for my little daughter. Then I noticed that men on motorbikes and with knives were chasing us. We hid in the first gate opened by some good man - she said.

Georginia believes in God strongly. She prays for her persecutors. She says that they have been possessed by Satan. She does not understand it. Now, every day looks the same. She has diabetes as little Martim who additionally suffers from epilepsy. She is 10 but is very frail.

She does not attend any school because something could happen to her there. Medicines cost several hundred dollars, not to mention medical consultations. Rita works off and on as a shop assistant. Michael sometimes finds some job. But there is no money for basic stuff. The whole family lives at 20 sqm.

-  Who has been called on Earth by God, won’t be left alone. Is it possible that we could suffer more than Jesus Christ? For me the most important thing is that my daughter, my Martim, is healthy - Georginia did not try to stop tears any more.

We meet Mahmud on the route from Aidamoun to Bire. A baseball cap, tattoo on a forearm, he just passed thirty. He overtakes us with his quad. He borrowed it from his neighbour. He cannot move otherwise as he lost both legs in the battle. - I was hit in my back with one bullet, another one hit my legs. It was three years ago during the siege of Damascus - he said when we pulled over.

-  They took me to a field hospital. There was nobody that could help me, stem blooding, thus a doctor cut my both legs just under knees. It was just after the chemical attack in 2013, when Mr. Assad’s forces sprayed sarin - he said.

Mahmud fought for the Free Syrian Army. His escaped from Ghuta under siege near Damascus, which lasted for three months and cost few thousand dollars. He escaped through a tunnel, to the mountains, at the border with Lebanon he had to pay again for documents. Bringing wife and three children was the cost of another thousands collars.

-  We are in our country enslaved by Mr. Assad’s regime, they have everything, we have nothing - he said.

If he could back in time, what would he do? - Give me back my legs, and then I will come back to fight for my country - he said straightening up and looking straight into my eyes.

The majority of refugees in Lebanon does not think about migration to Europe. These Syrians, who are going along the Balkan route, are usually wealthy people who can afford paying for smugglers, false documents. - That is why help here on the spot is so important - Wojciech Wilk explained. - Moreover, it is five times cheaper than the social support for refugees in Europe. We, among others, help refugees to pay a rent for leased premises, thanks to which they do not have to worry about  roof over their heads, even if it is only a garage - he explained.

Currently refugees are more than half of Syrians, as the war forced over 11 million people to escape. Statistically, the migration is on a greater scale than during the genocide in Rwanda in 1994 or the war in Bosna and Herzegovina. It is the greatest humanitarian catastrophe since the Second World War. 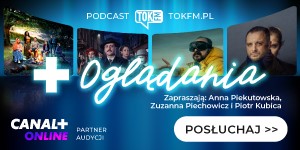